Council for British Archaeology South-East
Supporting every aspect of archaeology across Kent, Sussex and Surrey, their primary aim is to ensure that the cultural heritage of South-East Britain can be enjoyed and acknowledged by everybody. Please follow this link to see a current list of their (very reasonably priced) tours and field-trips

CITiZAN
CITiZAN, or Coastal and Intertidal Zone Archaeological Network, is a new nationwide survey and monitoring system for exposed, but significant archaeological sites under threat from coastal erosion. CDAS is working in partnership with them to record our rapidly changing coastline.

The Rural Settlement of Roman Britain: an online resource
As mentioned by Dr. Martyn Allen at our society's meeting on 27th January 2016. This resource brings together the excavated evidence for the rural settlement of Roman Britain with the over-arching aim to inform a comprehensive reassessment of the countryside of Roman Britain. It includes both traditionally published reports and 'grey literature' reports from developer-funded excavations since 1990.

Chichester Young Archaeologists Club (YAC) is open to everyone aged 8–16 years. YAC members get involved in all sorts of activities, including visiting and investigating archaeological sites and historic places, trying out traditional crafts, taking part in excavations, and lots more. If you'd like to know more please follow the link.

Petersfield: People of the Heath
A community project hosted by the Petersfield Museum to understand and conserve Petersfield's prehistoric barrows.

Fishbourne Roman PalaceA very large palace built in the 1st century AD, around thirty years after the Roman conquest of Britain on the site of a Roman army supply base established at the Claudian invasion in 43 AD. The rectangular palace surrounded formal gardens, the northern half of which have been reconstructed. There were extensive alterations in the 2nd and 3rd centuries, with many of the original black and white mosaics being overlaid with more sophisticated coloured work, including the perfectly preserved dolphin mosaic in the north wing. More alterations were in progress when the palace burnt down in around 270, after which it was abandoned.

The Novium, ChichesterMany Chichester residents have fond memories of the 18th-century disused corn store in Little London, where the museum was previously situated. The new museum provides an improved service for local and international visitors and better presents the rich heritage of the Chichester District. Since moving to the new building the museum has achieved accredited museum status which is a nationally recognised standard of excellence within the museum sector, and since November 2014 entry has been free.

Weald & Downland Museum
An open-air museum in Singleton, covering 50 acres and with nearly 50 historic buildings dating from the thirteenth to nineteenth centuries, along with gardens, farm animals, walks and a lake. The buildings at the Museum were all threatened with destruction but were carefully dismantled, conserved and rebuilt in their original form at the Museum. These buildings help the Museum bring to life the homes, farmsteads and rural industries of the last seven hundred years. Many buildings situated there are over four hundred years old. Along with the buildings, there are "hands-on" activities like cooking, and weaving, and a number of yearly activities, including glass painting, and bonfire nights.

Butser Ancient Farm
A unique experimental archaeological site and a fascinating day out. Nestled in the rolling South Downs National Park this ancient farm displays ongoing constructions of Iron Age buildings based on real sites, crops from prehistory and rare breeds of animals. There is a full programme of special events including Celtic festivals and workshops, for example making a coracle, Roman cooking, bushcraft skills or cave painting.

Emsworth Museum
Emsworth Museum now provides a permanent home for the unique Warblington stone cist and other finds from the CDAS excavations. The new CDAS display cabinet was formally unveiled by David Hopkins, the Hampshire County Archaeologist on March 31st 2018. 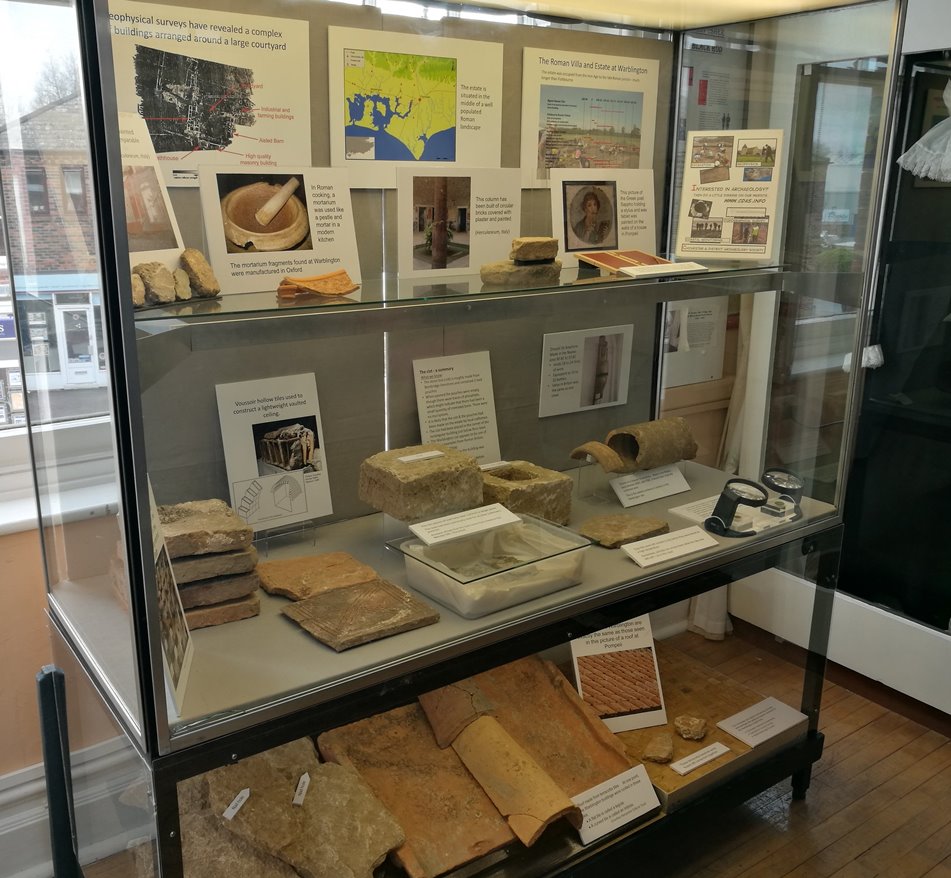 Emsworth Museum is located in North St, details of other events and opening times can be found on their website.